Vyadhikshamatva, concept of immunity as per Ayurveda has been described the ability to win over diseases by the body. Bala and Oja are akin to immunity. These are the substances of vitality and nourishment of life, whereas their decline leads to termination of life. Bala refers to the strength of the body to be able to tussle through the physical stress to the body. Oja is one of the most vital substances for the maintenance and sustenance of life. Omnipresent in the human body, Ojas is the essence of the seven Dhatus of the body from Rasa to Shukra. Ojas is responsible for essentially the psychological health of the being besides nourishing his physical and immunological self. Having optimum Bala and/or Oja creates resistance to the disease and ceases its progression.

Immunity is our body’s inbuilt defence mechanism to fight against diseases, infections or other unwanted foreign bodies, while counterbalancing their allergic reactions. In today’s times with new diseases emerging now and then, the mankind needs to abort dependence on external sources of health like drugs, chemicals and boost the body’s system of health and immunity. Ayurveda, the unbeaten science of health, emphasises on preventive ways of life. These preventive ways strengthen the body’s ability to prevent the diseases and fight against the diseases.

The Bala or Immunity is of three types:

These aggravate the formation of toxins in the body, and debilitate the body’s ability to eliminate these toxins. Their unwanted accumulation in the body, creates an inadequacy of Sattwa and Oja, thus weakening the defence mechanism of the body and making it prone to catching infections.

How do we know whether our immune system is compromised?

Here are a few points to help you assess our Immune system to some extent.

Our immunity is poor due to the modern, sedentary lifestyle. Improving immunity begins with alteration in daily lifestyle, dinacharya, and following the morals of Sadvritta. We need to wake up in the morning; express Gratitude towards our Higher Power, God, Almighty; salutations to parents; drink a glass or two of lukewarm water; wash our hands, face; brush our teeth, scrape our tongue; do yoga, pranayama and then continue with the daily routine, thus increasing our immunity. Following Sadvritta, adds to the credit of morals, thus increasing our Sattwa. Read more about improving immunity with Ayurveda.

Let’s make something together. 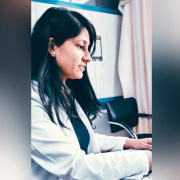 She is a professional Ayurveda Practitioner and a Third-Stage Master in Reiki Healing. She is willing to spread the knowledge from books to the web, to make it easier for everyone to access it.
Back